Originally designed and originated to protect that human eye from blue rays, ultraviolet discharges which can be extremely harmful to it, sunglasses were initially worn by actors and actresses in the 1920s to conceal the red eye caused by the heavy drop light used in movie shoots, though advancement in technology has developed new filtered lightening systems, the use of glasses seems have a deep root in the socio-sphere.
Used both indoors and outdoors as a result of  excessive use by celebrities, the sunglass or shades have been tagged an invaluable fashion accessory. With various companies springing up and competing in the production of sunglasses, the choice of a sunglass becomes overtly myriad. Just recently, the clear lens glass which was fixed and used for correctional purposes for eye defects and ailment has taken a leap from being an unthreaded path exclusively for geeks and people with eye defects and is now used vastly for creating and making fashion statements.
Although the sunglasses are still in use for successfully avoiding eye contacts and promoting nonverbal communications the demand for high-end fashion glasses from designers still surmount new grounds each year.
The relevance of sunglasses within the fashion industry has involved prominent fashion stylist, fashion houses and generally fashion editors reviews of annual trends in sunglasses as well as uses on the runway featuring them as primary and secondary component of a look.
Basically, there are various glasses that are often used as fashion accessory, based on the lenses we will describe just a few and the frames they paired with:
TEASHADES:
The Teashades is a 1960 round metallic framed sunglass also referred to as John Lennon, one of the pop culture artist who used it often enough to have it nicknamed after him. It is made of perfectly cut round dark lenses (or clear lenses due to further modernization) which match the round frames and have supportive pads for the bridge of the nose. Modern versions tend to have plastic lenses and an extra plastic block on the side to ultimately cut out any sight of the user’s eye. The Teashades is worn usually for aesthetic purposes and is evidenced by usage by contemporary musicians and movie stars. 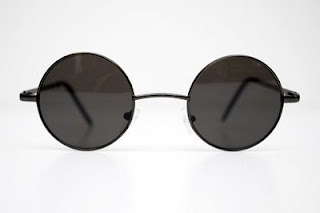 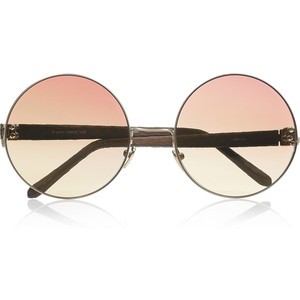 THE RAY-BAN AVIATOR:
The Ray-Ban Aviator or an oversized Teashades represents much bigger sized teashades with slimmer frames, originally designed for the U.S military aviators but it gained attention in 1940 and ever since have been widely used as a fashion accessory. Modern versions have metallic partially reflective coating on the outer surface making it relatively reflective. Unlike every other sunglass mentioned or known, people find the mirrored sunglass more offensive and a much more successful way to avoid eye contact, hide blood shot eyes and above all hide emotions. 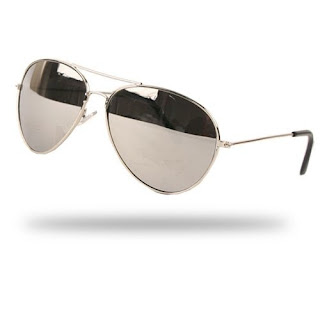 THE RAY-BAN WAYFARER:
This to me seems to be the most famous of all sunglasses as it is most commonly used by musicians, actors, actresses and the entire star society. I need not shed light on the willingness of the public (especially young people) to imitate and copy after their favorite celebrities. The trapezoid shaped frame makes it simply classy and can fit almost anyone. Made mostly of plastic frame, modern versions of the Wayfarer have been seen to come with mirrored lenses, clear lenses and only a few times do we come across one with a gradient lens. 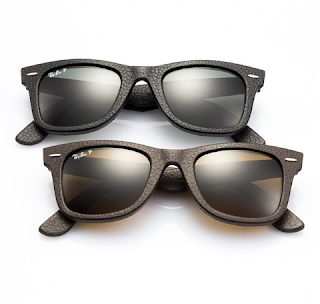 Summarily, the major purpose that calls for the use of sunglasses is to protect the eye from UV radiations which are harmful. Various lenses have been developed to curb this, the development of dark lenses which are helpful in the prevention of blue light rays have posed to be the best and incredible. On the beaches and the streets, the use of it for the primary and secondary purpose have been identified to protect the eye from rays and to keep a generally “cool” look. Its acceptance by the general public has earned it enough stripes to now be an invaluable fashion accessory. Furthermore, other lenses exist that have been developed to suit the first purpose and to also keep and overtly awesome look, lenses such as the “Gradient Lens” which is darker at the top and tends to diminish in this opacity down the lens. Basically this helps to curb rays as the user stays upwards and enable the use indoors and reduce risk of tripping over objects. It can also be worn by drivers and can be used to detect objects below his line of sight. It can also be worn by pilots etc.
The mirrored lens has been talked about, in addition to what has been said, it improves contrast when depth perception is paramount as can be seen by its use by swimmers and divers.
Generally as a fashion accessory, any of the above mentioned can go, for outdoor activities, the most preferred is the wayfarer as it leaves a professional finish. The Aviators too have a distinctive finish from the wayfarer in that it has a much subtler finish. The Teashades can be worn more causally or to make a pop culture statement. For a keep-it-in-the-family look, one where avoidance of eye contact is not needed, the clear lens will do. The clear lens provides one of the cool looks of the now, having suffered tremendous punches from critics as regards its use by the learned, educationally forward class of the society, the NOVELTY therein makes up for a whole lot.
Importantly, all the frames comes with either of the aforementioned lens. 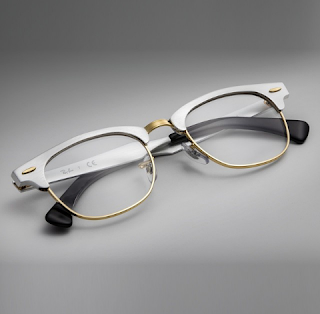